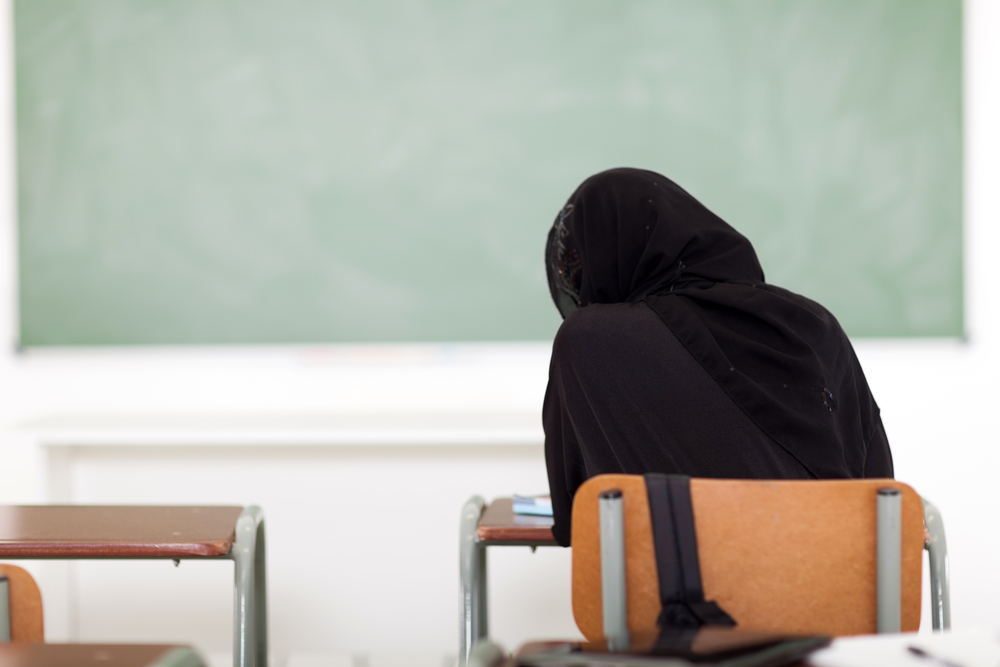 To those who want to walk on the path of knowledge and sincerity for the sake of Allaah Almighty, who are students in these best of gatherings, may Allaah’s peace and mercy be upon you. We would like to draw to your attention to the matter of concerning oneself with this noble and beneficial knowledge, that is the key to acquiring the realities of faith aswel as heed fullness and understanding of what Allaah has revealed, it is the key to the door of divinely granted success from Allaah, if knowledge is attained with sincerity for the sake of Allaah alone and with the intention of acting upon it then when combined with actions while being fearful of Allaah it becomes a cause for increase of faith and understanding of what Allaah has revealed to Our Beloved  Master Muhammad salAllaahu alayhi wasallam. It is a key to the door of the divinely granted success and a cause for continual presence of good and aversion of evil from the Ummah. Direct yourself in the seeking of knowledge with the earnest diligence, complete effort and the leaving of bad habits for within knowledge there is a light for the kindling heart, a magnificent splendor and its goal for the servants, the best of goals, through it does man know the reality of its God.

It is very important to learn knowledge of the Deen as all the Prophet’s alayhi mus salaam, did not leave behind property, dirham or gold, instead they left behind knowledge by this we learn knowledge is the inheritance of the prophet salAllaahu alayhi wasallam and without knowledge we are nothing. Worship and knowledge go hand in hand and are linked it is as though knowledge is a tree with different branches and worship is its fruits but how can one attain the fruits without the trees and branches. One needs to first plant the tree with different branches of knowledge and that’s when the fruits grow and it is only then that we taste the true sweetness of the fruits the true sweetness of our worship. And no doubt whoever Allaah wants good for He Azza wa jal grants him a understanding of the deen. Imam al Ghazali rahimahullaah says in his Kitaab al ‘ilm taken from Ihya ‘Ulum Ud-Din, Concerning the superiority of knowledge to worship and martyrdom, the Prophet salAllaahu alayhi wasallam said:

“The superior rank the learned man holds over the worshipper is similar to the superiority of the moon when it is full over the other stars.” And again:

“They will, on the Day of Resurrection, intercede [before Allaah]: the Prophets, then the learned, then the martyrs.” Great then is the state of knowledge which ranks next to Prophethood and stands over martyrdom.

“Allaah was not worshipped with anyone better than the learned in religion. Verily a single jurisprudent is more formidable to Satan than a thousand worshippers. For everything has [it’s] foundation, and the foundations of this religion is jurisprudence. And again: “The best part of your faith is [also] the easiest, and the best form of worship is jurisprudence.”

“The learned believer holds a rank seventy degrees higher than that of the ordinary believer.”  And again: “Verily you have come upon a time whose jurisprudents are many and Qur’an readers as well as preachers are few, whose beggars are rare and givers numerous, wherein deeds are better than knowledge. But there will come a time when jurisprudents are few and preachers many, whose givers are few and beggars numerous, wherein knowledge is better than works.”

“Between the learned and the worshipper are a hundred degrees, each two of which are separated by the extent of a racing horse’s run in seventy years.”

As to [the evidence of the value of knowledge in] the sayings of the Companions (al-athar), Sayyeduna ‘Ali ibn abi Taalib radiAllaahu anhu said to Kumayl:

“O Thou perfect of knowledge! Knowledge is better than riches; for knowledge guards you whereas thou guardest riches. Knowledge governs while riches are governed. Riches diminish with spending but knowledge increases therewith.” And again: “The learned is superior to the fasting, praying and self-mortifying man. Should the learned die, a gap would be created in Islaam [by his death] and no one would fill this gap save one of his successors.”

“Nothing is more precious than knowledge; while kings rule over men, they are ruled by the learned.”

Ibn ‘Abbas radiAllaah anhu said: “Solomon the son of David was asked to choose between knowledge, wealth or power, but he chose knowledge and was thereby blessed with wealth and power as well.”

“Who constitutes humanity?” To which he replied, “The learned.” It was then said, “And who are the kings?.” He answered, “The ascetics.” And who, he was asked, “constitute the lowest class among men?” “Those,” said he, “who, in the name of religion, grow fat in the world.” Thus only the learned did [ibn al Mubarak] regard as belonging to mankind, because it is knowledge which distinguishes man from the other animals. Furthermore, man is a human being, not because of his physical prowess for physically the camel is his superior; not because of his size for the elephant is larger; not because of his courage for the lion is more courageous; not because of his appetite for the ox has the greater; not because of coitus for the least of the birds is more virile than he, but rather by virtue of his noble aims and ideals. [As a matter of fact] he was only created to know.

“Whoever follows a path in search of knowledge. Allaah will guide him into a path leading into Paradise.” And again: “Verily the angels will bow low to the seeker after knowledge in approval of what he does.”

“To rise up before daybreak and learn but a section of knowledge is better than prostrating yourself in prayer a hundred times.”

“One section of knowledge which a man learns is better for him than all the riches of the world.”

“Seeking after knowledge is an ordinance obligatory upon every Muslim.”

“Seek knowledge even [as far as] China.”

“Knowledge is like sealed treasure houses, the keys of which are inquiry. Inquire. therefore, for therein lies reward for four: the inquirer, the learned, the auditor, and their admirer.”

“To be present in the circle of a learned man is better than prostrating oneself in prayer a thousand times. or visiting a thousand sick men, or joining a thousand funerals.” It was then said.. “O Apostle of Allaah, is it also better than the reading of the Qur’an?” To which he replied, “What good though is the Qur’an except through knowledge?”

“Whoever is overtaken by death while seeking knowledge wherewith to strengthen Islaam, between him and the Prophet’s in Paradise is but one grade.”

We are very blessed and fortunate to have a golden chance to study the knowledge of the Deen. Rab’ia Institute offers structured and modern teaching through our Sisters Islamic Scholarship Programme, verily it is a gift, a Ni’ma from our Lord Almighty, for whomever He Almighty wishes good upon, He grants them the understanding of the Deen. May Allaah accept our sincere intentions of becoming students of the Deen and bless our honorable teachers, the true inheritors. And success is only through Allaah, may Allaah inspire us and may Allaah grant us steadfastness in seeking and acquiring the religious knowledge, Allaah’s Peace, Mercy and Blessings be upon us all.